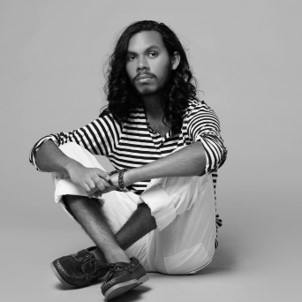 Let us go to the truth that meets so much denial,
And let us see it clearer.
That if music be the food of love,
Then let awkwardness be its killer.
Since it only takes an awkward stutter,
To diminish what could be a happily ever after.

Through the marginalisation of misaligned misfits,
There are labelled loners,
Who carry the weight of their conditions as crucifixes,
In a secluded society for normal people.
Weirdness is the nail that sticks out of a wooden board.
Every social interaction,
Feels like persecution.
Being livestock for laughter,
And rebuffed by every single lover.
To be greeted with slaps and punches in the face,
Finished with the reminder of being a parent’s disgrace.
To receive a kick up the arse for every tear that falls from the eye,
And to be told that for people like them, happiness is a lie.

There is a dark side to what we call the ‘universal language’,
A side where a smile becomes a dirty look.
Greeted by rejection in every corner of the earth,
With isolation, suffering, pain and longing.
Not alien to the Aborigines,
Or strange to the Japanese.
People of the world would laugh and stare and wonder ‘how odd’,
For this thing of man to have ever been a creation of god.
That is the language that crosses boarders,
For the people with mental disorders.
There are a million linguistic ways to say, ‘I love you’.
And thrice a million to say, ‘fuck you’,
And goodbye.
For you should not be seen by the eye.
Since your existence is a rare mistake of nature,
And therefore, you must die!

Yet to know the truth, one’s denial must shift,
Because this ‘disorder’ is truly a gift.
A gift possessed by those whose sanity is drowned by madness,
And exist in this neurotypical world of sadness.

They are different,
But still like all of us,
Tramps who are born to run,
Through the daily ditches of normality.
But their gifts will one day bring them to tranquillity.
Even if they can’t run,
They are still born and exist day by day,
And can still say ‘FUCK YOU’ in their own way:

They are part of the world and deserve to live in it.
Because it is they who contribute to the Earth’s orbit.
And the writing of history,
And the composing of symphonies,
And discoveries,
That enlighten the Swedish academy.

Here’s to the Nowhere man,
Who reached out to the Nowhere people.
And imagined a world without a heaven,
Because heaven is for the normal.
If all the neurotypicals went to heaven,
The world would be a better place.
A world of peace can only ever be imagined,
In the minds of the people who are called ‘abnormal’.

People of the neurotypical world,
I’m also an ‘abnormal’ man.
So, this is my testimony.
They don’t need you, but you need them,
More than you will probably ever know.
So, let go,
Of your fuelled hatred.
For the people who you don’t understand.
Because for every ignorant person who will be on guard,
There will always be a proud retard.

Daryl (he/him) is a twenty-two-year-old Autistic writer who has recently finished studying at The University of Kent. The past six years have been the most challenging and traumatic years of his life. Daryl has been a victim of bullying, harassment and discrimination, and has had to endure failed relationships. Yet after having received an autism diagnosis during his studies at Kent, Daryl now has an answer to all the traumatic experiences that he has endured. Now, Daryl wishes to rebuild his damaged life and move forward from his traumatic past and live as a writer to narrate the Autistic experience and be an activist for the Autistic community.

View all posts by Aucademy

One thought on “The Proud Retard – Written by Daryl Sookun”